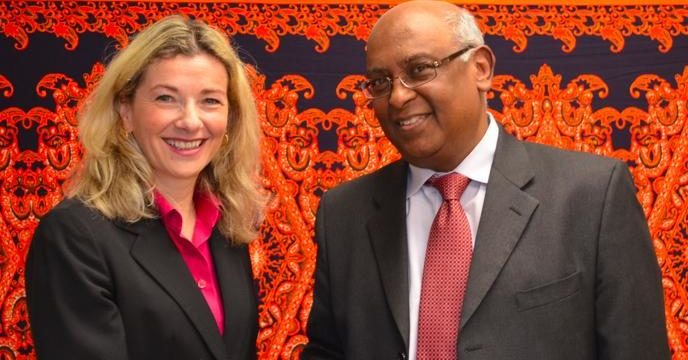 Washington, DC | December 16,  2019 — The International Leaders Summit (ILS) is pleased to announce that Dr. Dev Kumar Kar, a former Senior Economist at the International Monetary Fund and Chief Economist Emeritus at Global Financial Integrity has joined the US-based think tank as a Distinguished Senior Fellow and member of the ILS Executive Advisory Board.  Dr. Kar has a PhD in Economics from George Washington University and a Masters degree in Computer Science from Howard University. He has published widely and his studies have been reviewed by major international news media.

As a Distinguished Senior Fellow, Dr. Dev Kar will drive research and policy studies at International Leaders Summit related to the issue of illicit flows from developing countries and their adverse impact on economic development. ILS welcomes Dr. Dev Kar and looks forward to working with him to forge a new approach to analyzing the impact of these flows and how they could be curtailed for the benefit of those countries.

“Over the years we have appreciated working with Dr. Dev Kar in addressing the serious problems of illicit financial flows which impact developing countries around the world, specifically, recent member states which belong to NATO and the European Union funded by Western taxpayers,” said Natasha Srdoc, co-founder, International Leaders Summit. “American and European taxpayers are deeply concerned about how their taxes are spent when sent as aid to countries experiencing high-levels of illicit financial outflows via crime, corruption and tax evasion. Through Dr. Kar’s leadership, the International Leaders Summit looks forward to presenting data and relevant information on illicit financial outflows with an emphasis on how we can recover stolen funds.”

Over a career spanning 32 years at the IMF, Dr. Kar worked in four departments covering a wide range of macroeconomic issues in central banking, external debt, and international trade. He went on several IMF missions to member countries involving the use of its resources and provided technical assistance in the areas of national accounts, prices, and external trade in order to build their statistical capacities.

Dr. Kar has been interviewed by BBC, CNBC, VoA, and the German channel ZDF, among others. His studies on illicit flows, net resource transfers from developing countries and the role of tax havens have been reviewed in major newspapers and magazines such as The Economist, Forbes, Le Monde, the New York Times, the Wall Street Journal, and the Washington Times. In 2011, he was invited to make a public presentation on illicit financial flows at the British Parliament and at Oxford University under its Distinguished Visitors Program. He is the author of India: Still A Shackled Giant, published by Penguin Random House India in October, 2019.

“IFFs can have a big impact on the economic stability of a country and the broader global financial system. For example, they can drain foreign exchange reserves, lower tax receipts and reduce government revenue. They divert resources from public spending and can cut the capital available for private investment. Illegal flows can also encourage criminal activity, undermining the rule of law and political stability of a country. Finally, destabilizing flows can have a negative impact on the broader economy.”

International Leaders Summit is dedicated to presenting principled public policies and pro-growth solutions based on the foundational rule of law which protects life, liberty and private property. The independent think tank leads a coalition of principled leaders within America and in partnering countries to strengthen the rule of law, advance economic freedom, implement healthcare reform, expand free and fair trade and to secure peace through strength.