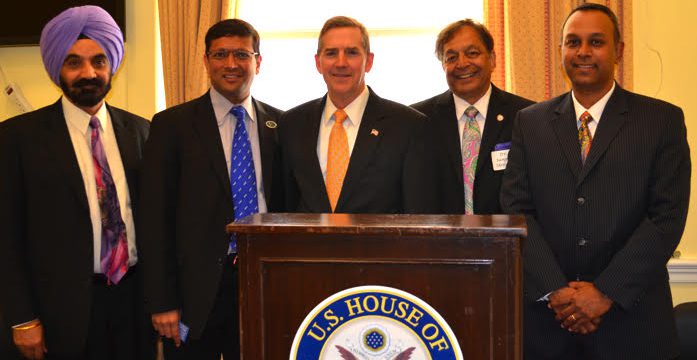 “We are honored to welcome Dr. Sampat S. Shivangi to the think tank’s Executive Advisory Board," said Natasha Srdoc, co-founder of the International Leaders Summit. “We welcome Dr. Shivangi’s leadership in the organization’s continued growth and its strategic work within America and through its allies India, Israel, and other trusted partners. Dr. Shivangi brings his unique experiences in addressing the vital public policy issues of the day which impact America and the world.”

Dr. Sampat Shivangi with India’s Prime Minister Narendra Modi
Statement from Dr. Sampat S. Shivangi:
I am much grateful for the opportunity to advance International Leaders Summit’s mission and vision, a great organization that Natasha Srdoc and Joel Anand Samy co-founded in 2004. It has been an amazing task to assemble such stalwarts including America’s 75th Attorney General Hon. Edwin Meese III, cabinet members, ambassadors, US members of Congress and members of the European Parliament to strengthen the rule of law, advance economic freedom and secure peace through strength.
I look forward to working with the great team they have put together, to provide and create better understanding in international relations with elected leaders and other major international organizations in India, US, UK and Israel. I had a wonderful opportunity to be a goodwill Ambassador to Israel few years ago and interact with the Israeli government and the community leaders of Israel, which was memorable experience. It is an honor to have great relations with the present Indian Leadership. Once again thank you for the opportunity to serve the world at large through the International Leaders Summit as a member of the Executive Advisory Board. 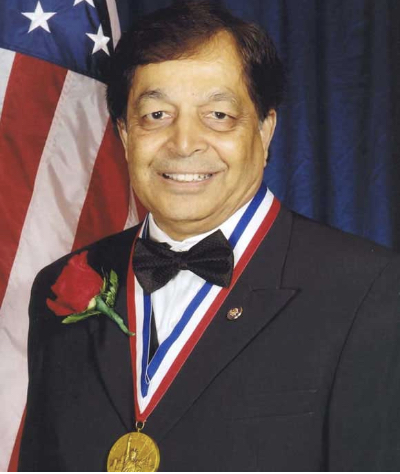 In 2008, Dr. Shivangi was honored with the Ellis Island Medal of Honor in New York.

Dr. Sampat S. Shivangi is a conservative life long member of the Republican party and hails from the strong Republican state of Mississippi. Dr. Shivangi is the National President of the Indian American Forum for Political Education, one the oldest Indian American associations. For the last three decades, he has advocated for bills in the US congress on behalf of India through his close relationships with US Senators and members of Congress.

He is the founding member of the Republican Indian Council and of Republican Indian National Council which aims to work to help and assist in promoting President Donald J. Trump’s agenda and supporting his strategic initiatives. Dr. Shivangi has worked enthusiastically in promoting the India Civil Nuclear Treaty and the US-India defense treaty that was passed in the US Congress.

Dr. Shivangi has held high offices in USA including as an advisor to US Health & Human Services appointed by the President George W. Bush, a member of the Mississippi State Board of Health by Governor Haley Barbour, then a Chair of the State Board of Mental Health, now by Governor Phil Bryant.

For his significant contributions to strengthening India-US relations, Dr. Shivangi was honored with India’s highest civilian award by the President of India, with the Pravasi Bharathiya Sanman award in 2017. Dr. Shivangi was also honored with Ellis Island Medal of Honor in New York in 2008.

His many philanthropic activities include serving with the Blind Foundation of MS, Diabetic, Cancer and Heart Associations of America. Dr. Shivangi has number of philanthropic work in India including primary & middle schools, Cuturral Center, IMA Centers that he opened. He brought the first-ever US Congressional grant to AAPI to study Diabetes Mellitus among Indian Americans.

“It has been an honor to work with Dr. Sampat S. Shivangi over the span of the last decade through partnering organizations including the American Association of Physicians of Indian Origin (AAPI) in strengthening the US-India partnership and engaging Indian Americans on the public policy front," said Joel Anand Samy, co-founder, International Leaders Summit. “Dr. Shivangi’s commitment to advancing America’s first principles, his distinguished career as a physician, and a leader at the state and national levels has made a profound difference in the lives of many. We look forward to working with Dr. Shivangi in his new capacity as an Executive Advisory Board Member of ILS in advancing principled policies in America and strengthening the US-India ties on the healthcare, economic and security fronts.”

The International Leaders Summit is an independent think tank dedicated to strengthening the rule of law, advancing economic reforms, committed to expanding trade and presenting new security strategies for the 21st century. In light of the challenges and opportunities, the founding leadership members of the ILS conference platform have expanded its efforts and created a unique network of reform leaders and proponents of the rule of law in addressing the market economy, free and fair trade, peace through strength and strengthening America’s ties with India, Israel, Britain and other sovereign rule of law nations. It holds Summit events in America, Britain, continental Europe, India and Israel with the strategic Jerusalem Leaders Summit.